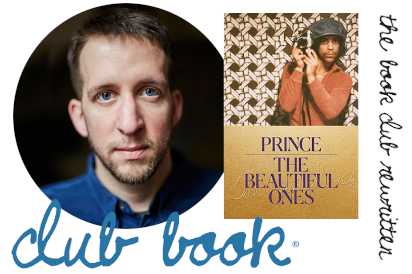 Prince was one of the most original, accomplished and beloved musicians of our time. He was also, undeniably, one of the most enigmatic. In early 2016, “The Purple One” approached Dan Piepenbring, the 29-year-old editor of literary magazine The Paris Review, about collaborating on the superstar’s memoir. Prince envisioned the project as a way to reveal more of himself to his legions of fans. His untimely death that April left Piepenbring with a dilemma: abandon the book project, or complete the manuscript in a way that realized Prince’s intentions for the memoir. Piepenbring reconceptualized, completed and published The Beautiful Ones in 2019. In one of a host of glowing reviews, Variety said of this #1 New York Times bestseller: “The Beautiful Ones brings so much new information to light that it’s hard to imagine anyone being disappointed.” Dan Piepenbring is also co-author, with Tom O’Neill, of Chaos: Charles Manson, the CIA, and the Secret History of the Sixties (2019).

The Beautiful Ones (Hardcover)